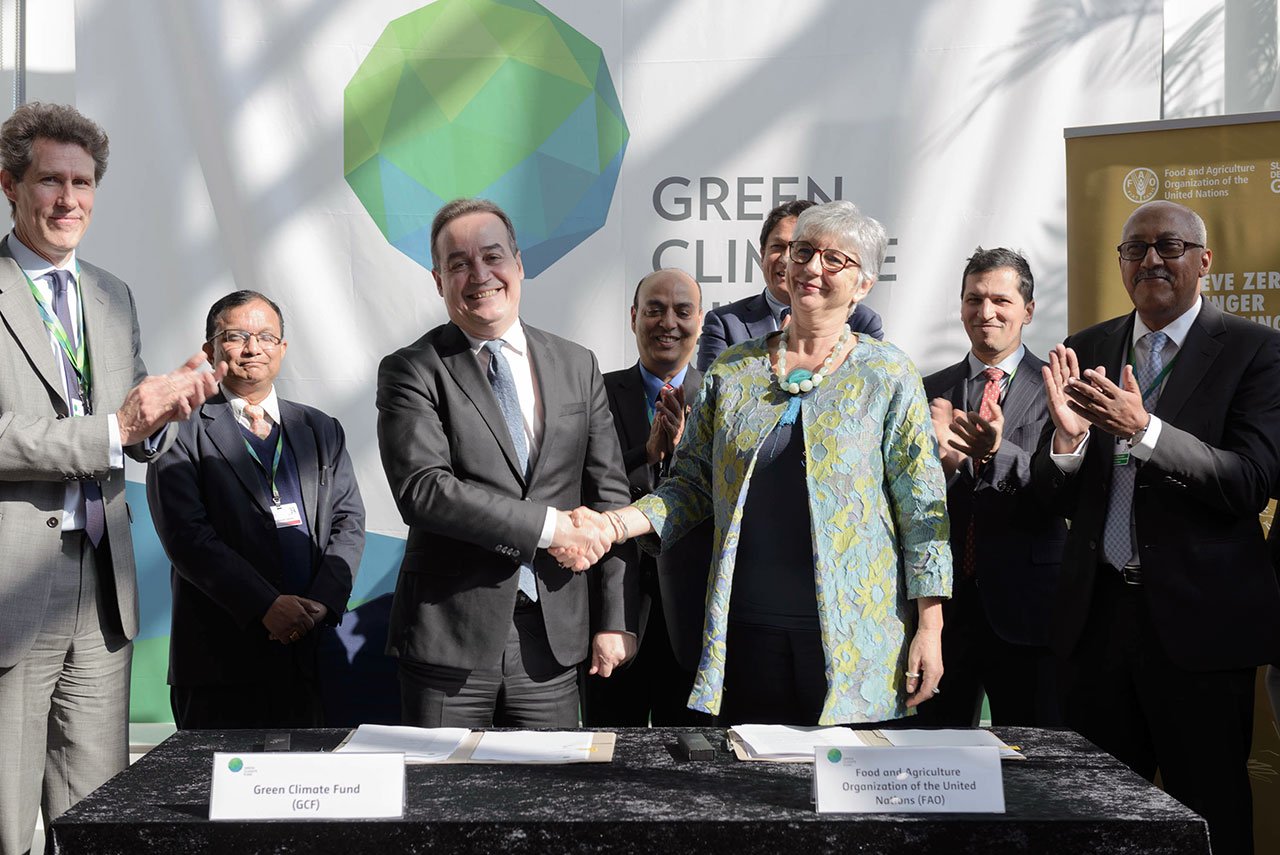 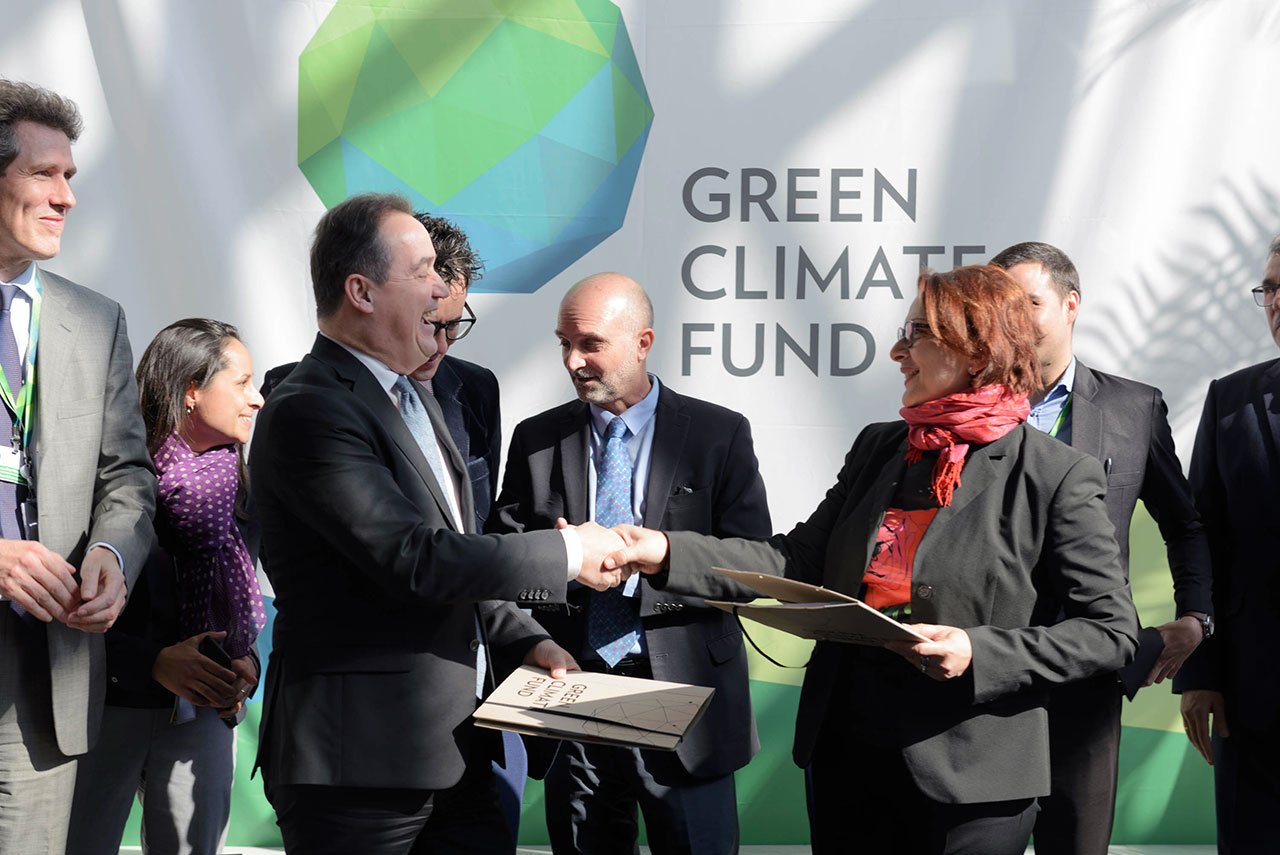 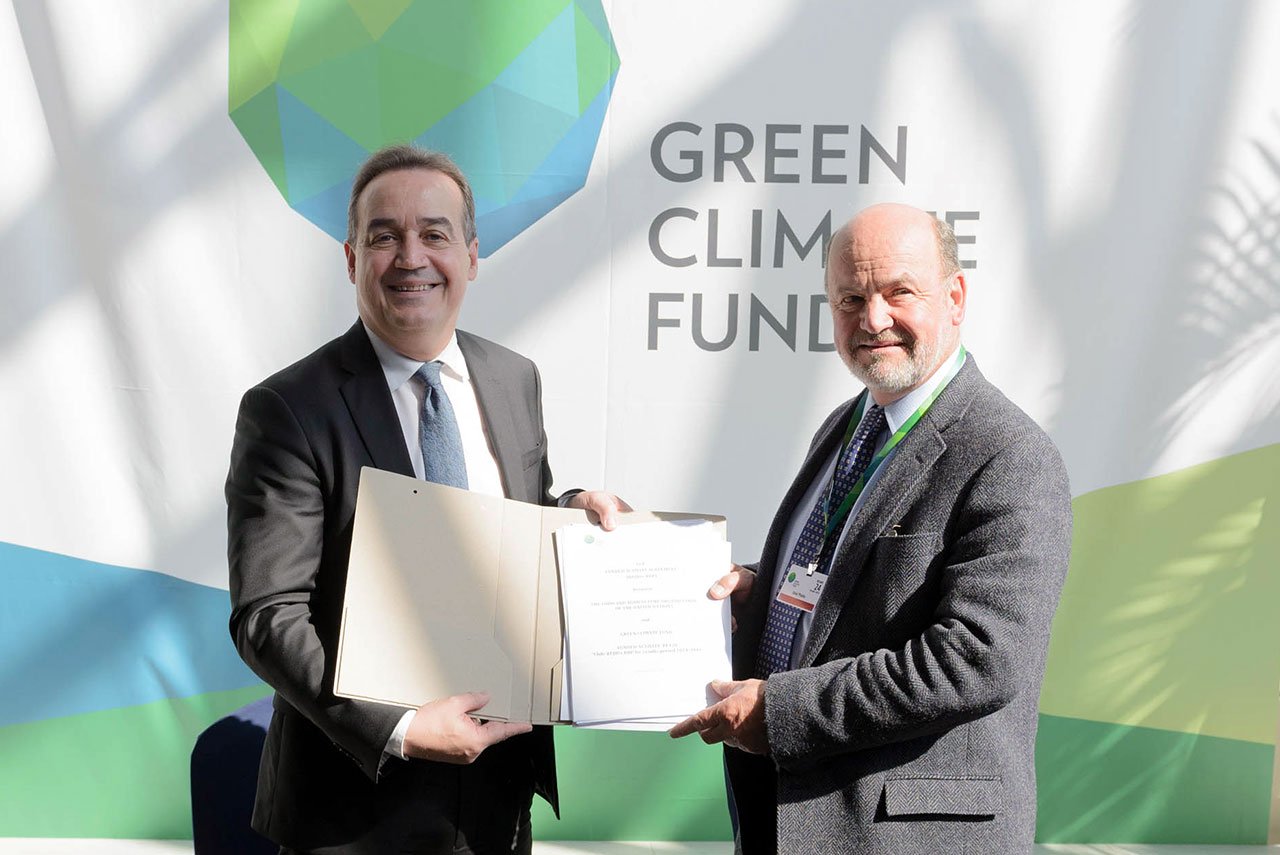 The Green Climate Fund (GCF) has signed implementation agreements for three climate finance projects immediately after they were approved by the GCF Board during its meeting on 12-14 November.

The rapid move from Board approval to legal agreements represents a first for GCF in terms of accelerating the speed of available funding to meet the urgent need for climate action in developing countries.
GCF Executive Director Yannick Glemarec said the swift signing of the Funded Activity Agreements (FAAs) for the three projects – supporting climate resilience in Nepal and REDD+ in Paraguay and Chile – is the result of GCF’s improved financial and legal processes.
“During its first four years of operations, GCF has halved the time it takes to advance projects from approval to disbursement,” said Mr Glemarec. “GCF is committed to supporting adaptation and mitigation initiatives with greater speed and scale, given the burgeoning demand for climate finance.”
He pointed out the three agreements represent further progress from the previous Board meeting in July which marked the first time an implementation agreement was signed the day after a climate project received Board approval.
Highlighting the “importance of GCF’s close collaboration with its partners,” Mr. Glemarec underscored “the crucial roles of UNEP and FAO in helping turn drawing board ideas into innovative action.”
The project in Nepal – the first one to be funded by GCF in that country – will enhance the resilience of ecosystems and vulnerable communities by adopting climate-resilient, land-use practices in the country’s Churia region. Situated on the southernmost range of the Himalayan foothills, this region provides vital ecosystem functions to heavily populated plains downstream where the country’s most fertile agricultural lands are located.

Kailash Pokharel, an undersecretary in Nepal’s Ministry of Finance, said: “The Churia region is a national priority critical to Nepal’s food security and climate change policy. As Nepal’s first GCF grant project, we are committed to ensuring that it brings transformational change to grassroots communities, and enhancing climate resilience.”
The two REDD+ projects consist of payments to Paraguay and Chile for their verified reduction of greenhouse gas emissions during the past few years by keeping forests standing.
Paraguay will use the payments to invest in its NDC-aligned National Strategy for Forests and Sustainable Growth and to implement a National Climate Change Fund.
Paraguay’s Minister of Environment and Sustainable Development, Ariel Oviedo, said: “We are very grateful to the GCF and the GCF Board members for their trust in Paraguay. We are committed to honour that trust with positive actions in favour of our environment.”
Chile will invest the proceeds to support its National Strategy on Climate Change and Vegetation Resources and to contribute to the country’s Nationally Determined Contribution (NDC) in the forest sector.
Referring to the FAO-run project in Chile, FAO Deputy Director-General, Climate and Natural Resources, Maria Helena Semedo, said: “FAO values the strong partnership forged with the GCF which has allowed us to accelerate climate action and to bring transformational solutions to the most vulnerable communities. We look forward to even greater collaboration in helping countries build resilience to climate change impacts.”
The last 2019 meeting of GCF’s Board approved USD 407.8 million in new financing to help developing countries reduce emissions and enhance their climate resilience.